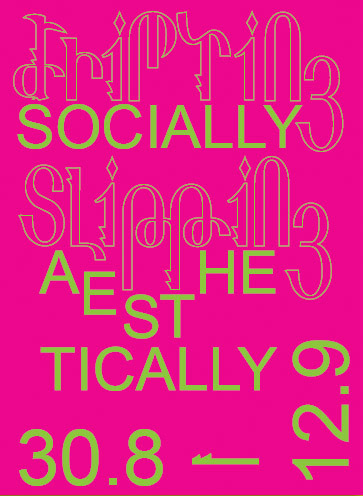 Over a period of two weeks, artists from Yerevan and Leipzig are invited to intervene in cityscapes of Leipzig (Plagwitz, Lindenau). They will be working on such themes as migration and integration, gentrification and commercialization of public spaces. These actions aim at articulating and problematizing the current situations. In a utopian manner, they seek to construct a more “expedient” world, where things would cease to be passive objects but be “revolutionarily anthropomorphized”, bringing about change in the social situation instead.

The invited artists will be working collaboratively with the notions of psychogeography, drifting and Debord´s dérive, which are rooted in the avantgarde artistic methodology of the 1950s as an interdisciplinary intersection of social theory, art history, geography, and psychology. This methodology has a goal to understand how urban sites or structures manifest themselves, how they interact with everyday life of locals, what influence they have on city dwellers, neighborhoods, and how they change the atmosphere and status quo of regular living. The idea of re-actualizing these kinds of non-conventional guides, mappings, and manifests through graffiti, public performances, and through the method of dialog and participatory art interactions could reveal the social and cultural atmosphere of the city. The artistic investigation in the utopian potential of both countries’ contexts, Leipzig as part of the former GDR and Armenia as former Soviet Republic, could be considered as well.

Raising questions regarding the role of collective, collaborative and participatory art and the degree of socialization and politicization of artistic practices in mid-Europe and post-Soviet countries, Drifting Socially – Slipping Aesthetically spans across two geographies and a difference and faces a marked difference in perceptions of interventionist art practices.

In Armenia, there is an almost complete indifference of local state institutions towards contemporary art practices, the most engaged part of which operates with critical negation and maintained contradictions, which do not fit the official paradigm of ‘creativity’ or painterly aesthetic art events, supported and promoted by the Ministry of Culture and other state institutions. Therefore, the fully self-sustained, non-profit contemporary art context in Armenia has radicalized itself and developed a tendency towards deliberate actions off the agenda of autonomous art but in favor of political activism, protest and criticism directed at a corrupted regime.

Meanwhile, according to many theorists, imperatives of the positivist economy of neoliberal capitalist thinking have instrumentalized artistic practices for the sake of increasing profits in Mid-Europe and other parts of the West. In an increasingly aestheticized world, where the artist has become a capitalist role model and artistic ruptures are expected by default, as Andreas Reckwitz describes, artistic aberration is always both dissenting and affirmative. Different from the avantgarde practice of the 1950s, contemporary interventions in this context struggle less for a reclamation of alienated spaces in terms of a psychogeography but for the possibility of an artistic position within an already aesthetically charged society – and geography.